Note: Bonus tracks "Heartbeat" and "Longing" were available on special releases by Best Buy and Napster.

Produced by Joe Satriani and Mike Fraser
Recorded by Mike Fraser
Assisted by Dann Michael Thomson and Judy Kirschner
Digital editing by Mike "everything is easy, all the time" Boden
Additional Editing by Eric Mosher

Mixed by Mike Fraser
Assisted by Eric Mosher
Mixed at The Warehouse, Vancouver BC 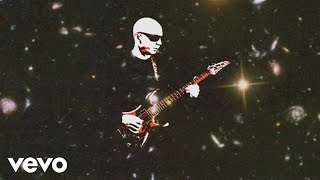 This podcast series features 17 video episodes that were released daily the week before and continuing after the album's release. Joe discusses and plays each track from the new album, plus we see footage from rehearsal and tracking at Skywalker Sound. In addition the the per-song episodes, there are also 4 longer-form documentary style pieces that take you closer into the album's creation and the personnel involved.